Ear to the Ground's School of Fish was performed in September 2012 as part of inaugural return of the Seattle Fringe Festival. Directed by our very own Xan Scott, this ensemble-generated physical theatre piece explored the themes of conformity vs. unity, the idea that history repeats itself and that we are more than just human. City Arts reviewed the show saying:

There was a post-apocalyptic flavor to Ear to the Ground's School of Fish--a series of vignettes that came together to tell a larger story of modern rootlessness, abandoned idealism, consumerism and the many reasons "this generation wants a reset button." The scenes were powerful in their simplicity but not overly symbolic. In one vignette the performers lined the stage like disaster victims, passed out mismatched mugs and tin camping cups, drank the contents and slowly handed them back. In another the performers filed through the audience singing the English folk song 'Hey Ho Nobody Home" in a round as haunting as it was soothing. It was a healing balm, an incantation, a reset button.

Many scenes conjured the vulnerable and unified aftermath felt in the wake of national tragedies like 9/11 and Hurricane Katrina--the moments of disaster that break through our fast-paced and disparate lives forcing people to breathe together in a sacred togetherness. 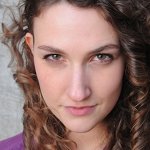 Liza Curtiss (Ensemble) is currently an associate artist with The Satori Group. Liza graduated from Williams College with a BA in Religion and Theatre. Before teaming up with Satori in 2011, Liza worked with numerous theatre companies including The Magic Theatre, The Golden Thread Theatre, and Z-Space. Her primary focus has been in acting, directing, and generative new works. She has studied circus arts and clowning, has trained at the University of Cape Town, at Freehold Theatre, and is a graduate of the American Conservatory Theatre's summer training congress. She is excited to be working with a new group of artists on School of Fish, and even more excited to be part of the Seattle Fringe's return. 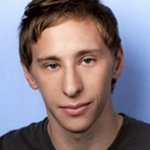 Zachary Hewell (Ensemble) is so thrilled to be taking part in the rebirth of the Seattle Fringe! He is an actor, playwright, director, and a graduate of the Original Works program at Cornish College of the Arts here in Seattle. Zachary was last seen as an Innocent in the collaborative performance Blood/Sailing (Blood Ensemble), and up next will be playing both Andre and the Drum Major in a new adaptation of Georg Buechner's Woyzeck, at Key City Public Theater in Port Townsend, WA. Thanks for coming! 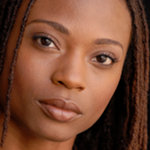 Brianne Hill (Ensemble), originally from Detroit, Michigan, is an actor, dancer, and artist. She studied Communications at Michigan State University and has a Masters of Social Work (MSW). Briannes acting career ignited 10 years ago, and she is currently a graduate student at University of Washingtons Professional Actor Training Program (PATP). Brianne is passionate about honoring peoples stories through theatre art. 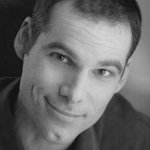 Chris Macdonald (Ensemble) is thrilled to be collaborating with such a talented group of folks on this show and to be participating in the resurrection of the Fringe Festival. Hooray. Chris has worked at many fringe theaters in town. Recent favorites include Sextet (WET), The American Pilot (Theater Schmeater), and a couple of 14/48 Festivals. Thanks for coming to the Fringe Festival. 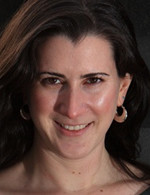 Xan Scott (Director) is an Artistic Associate for Ear to the Ground with a MFA from Naropa University in Lecoq-based, actor-created theatre. The program was physically held in London at LISPA, London International School of Performing Arts. Clowning, Suzuki, and devising theatre are currently igniting Xan's imagination. "Cookie" made her first appearance, at a newly devised ETTG clown show for kids over the summer, which Xan couldn't be more pleased about! 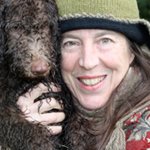 Linda Severt (Composer & Musician) has been making a racket on a variety of instruments since 2nd grade, and that was a long time ago. She is an award-winning songwriter, clown, and all-around-goofball and has performed at numerous international festivals in the US, Canada, and China and also performed 10 shows at the prestigious Kennedy Center in Washington DC. She has toured and/or performed with Laura Love, Venus Envy, UMO Ensemble, Seattle Mime Theater, The Big Apple Circus Clown Care, and Ear to the Ground Theatre. Linda loves the water and is delighted to be accompanying and swimming with School Of Fish. 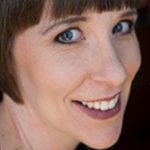 Jenni Taggart (Ensemble) is pleased to return to Ear to the Ground after appearing as the tongue-tied diva clown Roxy in this spring's Not All Clowns Are Bozos IV. Jenni has also worked with Live Girls!, Nebunele, Stone Soup, Seattle Musical Theatre, UPAC Theatre Group, and Anacrusis Modern Tap Dance Co. Jenni studies acting at Freehold Studios and is a Senior Lecturer in Mathematics at the University of Washington. 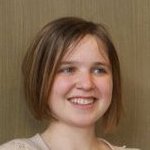 Kristina Winch (Ensemble) is reentering the acting world after a brief hiatus to dye fabric and draw lovely pictures. A recent graduate of University of Washington with emphasis in studio art , she mostly lurked backstage, but has been seen in productions such as Neil Labute's The Shape of Things, The Neofuturists' Too Much Light Makes the Baby Go Blind, and Arthur Miller's The Crucible. Eventually, Kristina would like to explore theatre design with emphasis in costumes, but for now she is intrigued by physical and ensemble generated pieces and hopes to pursue more in the future. 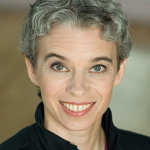 Heidi Wolf (Ensemble) studied acting and movement in Boston, San Francisco, and Seattle, and continues to train in dance, Suzuki, voice work, and tai chi. She is a Certified Teacher in the Society of American Fight Directors and has taught stage combat at Cornish College of the Arts, St. Lawrence University, University of Idaho, University of North Carolina School of the Arts, and University of Puget Sound. She thanks the School of Fish ensemble and Ear to the Ground Theatre for the opportunity to be part of this production.